from THE JANUARY MAN by SCARS OF GRACE 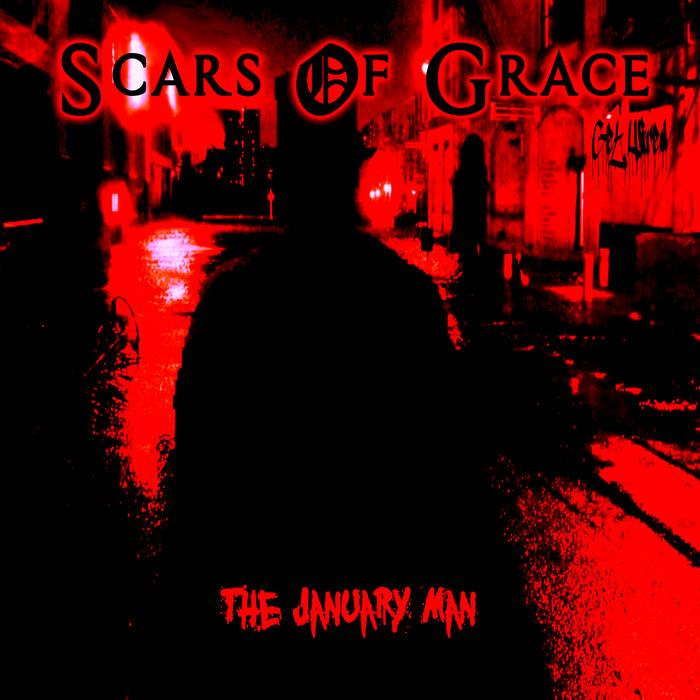 INTO THE VOID - Lyrics by Mike Sanders / Music by Peter Graigs

Just when you think, you've gotten away
there's something that grabs you
and you're there to stay
feels like a dream, but you can't wake up
so you try to scream
but your mouth's strapped shut

your mucles tighten,as you try to move
the more you struggle
the more ground you lose
you try to breath,but your lungs wont fill
you feel the weight
as it crushes your will
your head is spinning,will it ever stop
you feel your falling
falling into the void


YOU FEEL THE SCREWS,TIGHTEN IN YOUR HEAD
TIGHTER AND TIGHTER
YOU FEEL THE DREAD
THE DREAD SUROUNDS YOU,IT FLOODS YOUR MIND
IT PULLS YOU DOWN
DOWN INTO THE VOID

from THE JANUARY MAN, released May 6, 2016
Music by Peter Graigs, Lyrics by Mike Sanders , Vocals by David Patterson

SCARS OF GRACE a North American Hard Rock band. Founded by Multi-Instrumentalist Peter Graigs, who continues to be motivated and devoted to his music and the industry. The band released a notable project titled ” Heroes and Demons” by their former name G13 Band. SCARS OF GRACE, has built its strength, they are versatile, bold and dominant, with a unique style and sound, ... more

Bandcamp Daily  your guide to the world of Bandcamp

Kari Faux drops off her deluxe album 'Lowkey Superstar' plus tunes by Shunaji and Samplelov.